EG - The offerings of the desert 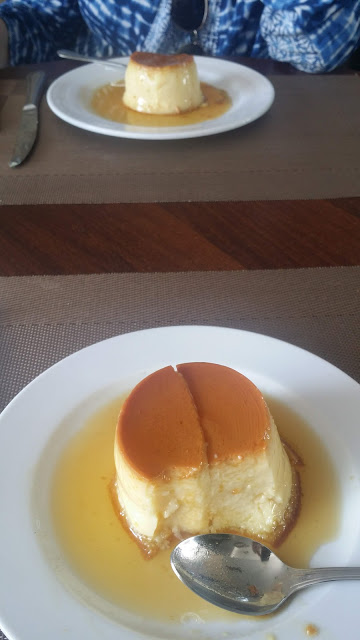 What kind of food can you expect in Egypt?

If the brush is Egyptian culture and the paints are simple ingredients such as goat's milk, chick peas, local fruit and vegetables, fresh caught fish from the Red Sea, and herbs gathered from the desert-

Then the painting is a mass of savory foods. A fried cheese called Sambousek that is so salty it tastes of the great Red Sea itself. A different flavoring to hummus graced each restaurant you wandered into. Egypt has no issue with creating many styles of food with what I had imagined was a small ingredient base.


Egyptian hospitality is unmatched by any place I've been yet. Many of the finer restaurants served 5 dips as appetizers, offered with freshly baked pita puffed up and glistening with oil. In places like Dahab, this could cost 5$ USD for a meal that included more food than you can eat. In places like Luxor on the West Bank of the Nile, the tourism is less and the streets are more quiet. Prices tend to reflect that as well. Each meal typically was followed up with Bedouin tea which is a specialty in the region and is made from aromatic herbs such as sage, mint, ceylon, marmaraya, thyme, and habuck. Marmaraya and Habuck are specifically desert herbs and they really make this tea unique. Hibiscus is another commonly served drink and often was on the house where ever we went.


What makes travel special to me is the cuisines in other countries. Not to mention that with the cuisine there is always so much culture attached. In Luxor the West bank is not built up and is mostly villages. We watched goats being herded along the dirt roads and sugar cane being carried on small wooden carts by donkeys. Horses and cows were not common.

These larger animals were both more expensive and needed much more food to maintain. Sheep and goats were the main sources of dairy, and they were quite salty. The easiest meats appeared to be fish, chicken, lamb, and goat. Each had a high progressively higher price tag.


Its easy to come to the conclusion that this is because there was a very distinct line where the fertile Nile River ended and the open desert of the Sahara began. The smaller the livestock, the less resources are needed to produce it.


The availability of food sources, as well as transport options is what brings together dishes to your table. I was nothing short of amazed at the variety of foods in the various parts of Egypt. I had come here with some preconceived notions on the availability of many things. I did not expect that I would have so much access to dairy. It hadn't occurred to me how much of anything survived the Sahara. Nor did I truly understand what kind of life source the Nile River is to the Egyptian people until I saw it overhead. It truly has reason to be worshiped.


Egypt has found a way to delight your tastebuds with a combination of savory and salty- and even sweet treats for desert. I have to say the traditional breakfasts might be my favorite though. In all of the places we stayed, a traditional breakfast included fresh cheese, pita bread, yogurt with honey and preserves to flavor it, hibiscus tea or juice and a variation such as foul (a dish made of fava beans and spices) or falafel. Sometimes there was fresh fruit like bananas included.


I may have gotten hooked on how well done the breakfasts were. Not to mention that every place we stayed included free breakfast...


And don't get me started on the views we enjoyed at breakfast- Not to mention the total cost of accommodation. That's to come later! But may I say, each of this was less than 30$ each per night for us. If that's above the budget you're planning then no worries, that cost is mostly for the view you're getting- Look at these views I had during my breakfast!

If you're on the fence about a trip to Egypt I recommend just throwing your indecision to the wind and going. The food alone is worth a trip and the hospitality is unbeatable. I promise you won't regret it. 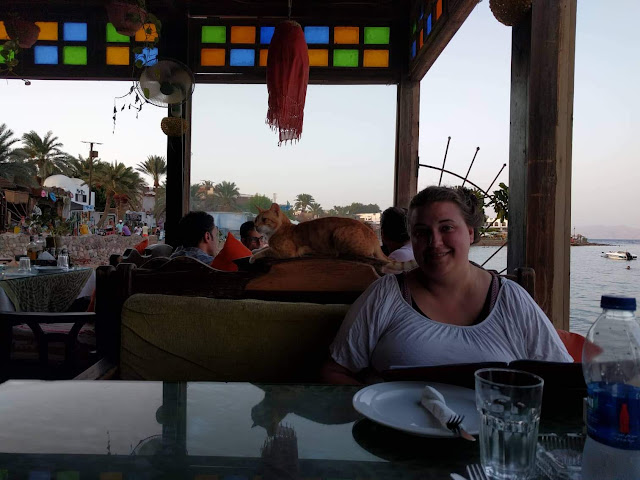 Labels: Bedouin tea Egyptian Food Egyptian hospitality Styles of food in Egypt what kind of food can you expect in Egypt Why I travel